Ever wished that you could address all of your residential Internet challenges—including router and spotty Wi-Fi coverage issues—without having to replace your router every 13 months? Then it’s time to sign up for Communicate Freely’s Managed Wi-Fi service! 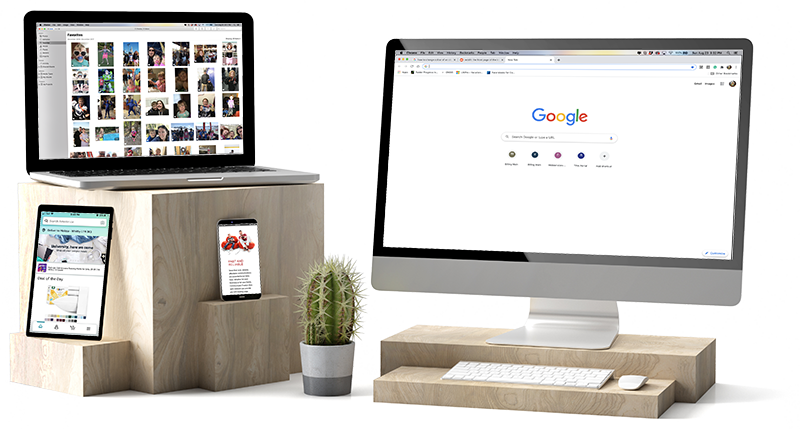 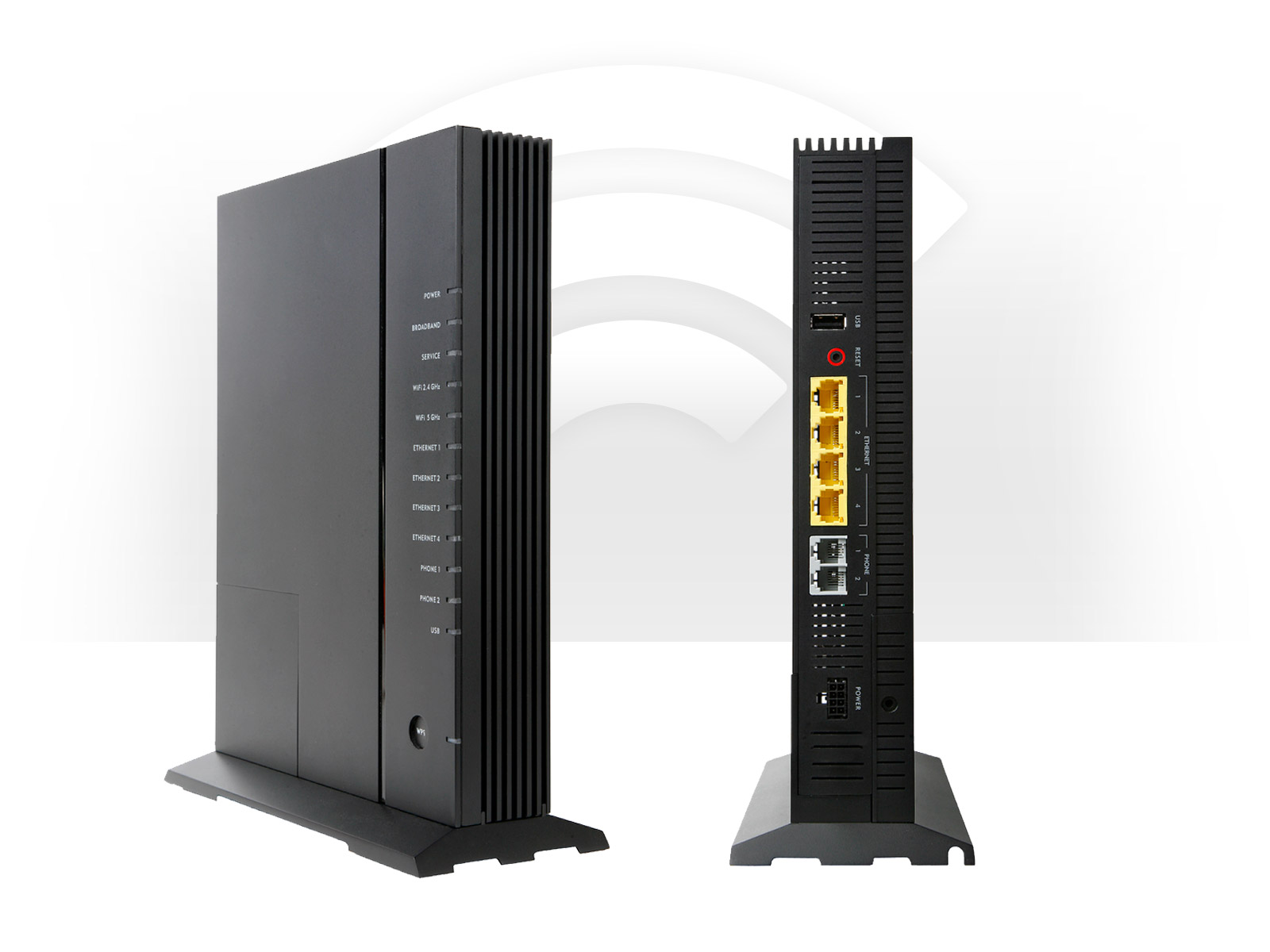 • Lifetime hardware replacement coverage*
If any of your Communicate Freely provided Wi-Fi hardware fails, we’ll provide a replacement at no cost to you. You’ll never buy another router again!

• Device specific access scheduling
Ever wish your kids’ iPads went offline after bedtime, or that you could pause all Wi-Fi access during Sunday game night? Now you can!

What is Managed Wi-Fi?

Not only will you be getting the last router you’ll ever buy (a fully insured replacement* in case of hardware failure), but you’ll also have access to our friendly, knowledgeable technical support team anytime you have an issue. Here’s the best part: Using secure cloud management access, we can remotely administer your home router in real-time, making tech tweaks to keep you online at all times.

We can even reboot your router remotely to avoid you having to sort through cables and cords during troubleshooting!

Do I need a range extender?

You won’t find our router on the shelf at your local big box store. This is a highly-advanced device with features that go above and beyond consumer grade. We’re bringing a commercial solution to your home to ensure consistent, high-level performance. With advanced features such as dynamic beamforming, our routers out-perform 99% of consumer-level routers right out of the box.

Because of this, we suggest trying our service with only the router to start. If there are any areas of your home where the Wi-Fi signal is weak, contact us to purchase a high-quality range extender. These range extenders provide all of the advanced features of our routers, and set up instantly with the simple push of a button—seamlessly integrating into your home’s Wi-Fi network and taking on your existing settings.

You’ll never have to worry about configuring your devices to connect to a different network.

No really, this is as good as it sounds! We’ve heard the feedback more times than we can count- people hate having to replace their home’s WiFi routers every time they wear out… often it seems they barely make it out of the factory warranty coverage period before kicking the can! We’ve sourced a commercial-grade suite of WiFi products and built a sophisticated remote management service around it, allowing us to easily take on the full responsibility of your home’s WiFi.

Can I buy the router or range extender without the monthly service fee?

No. The hardware is designed to work hand-in-hand with our remote management and administration, therefore you would not be able to take full advantage of the hardware’s features without it.

Can I suspend the monthly service fee?

In order to keep this service affordable, and provide lifetime hardware replacement coverage, we require the monthly service subscription to remain uninterrupted. This applies to all situations, including customers that may take advantage of our ‘Snowbird’ seasonal rates. You can think of this just like having to pay your home insurance even for the months you aren’t living in it. If you purchased your hardware and choose to cancel the monthly Managed Home WiFi service, your equipment will only be covered for 12 months from original purchase date.

Could my old router be causing problems with my Wifi?

Yes. An up-to-date router is two or three times faster than routers using old wireless protocols. This becomes more of an issue as you introduce newer WiFi connected devices into your home, as they are designed to connect to routers using the latest features. Our WiFi hardware will also give you better range, which means you enjoy a better Internet experience even when you’re far away from your router. They do this using a new technology called ‘beam steering’ that detects where a device is and then sends a stronger signal in the direction of that device!

Is my router in the best location?

No other details withstanding (construction materials, most commonly used rooms in your home, etc.), in a perfect world your router would be located in the centre of you home, on the main level. Since your router needs to physically plug into your Internet connection via a cable, this is not always possible. Our router’s high-end features and performance help to offset any shortcomings presented by having your router in a less-than-perfect location.

Do I need a range extender? If so, how do they work, and why should I get one from Communicate Freely?

If you’re finding there are areas in your home where you see low WiFi bars on your devices, even after upgrading to our powerful router, you should consider adding in a range extender. Communicate Freely’s range extender is specifically designed to work in conjunction with our router- easy one-button set up gets everything connected. Once connected, the range extender takes on your router’s WiFi settings, meaning your devices will seamlessly hand off between the router and range extender(s) as you move throughout your home! The WiFi extenders available at big box stores on the other hand introduce additional WiFi networks on top of your existing one, so while they may boost WiFi connectivity, they do so at the cost of added complication. Another great feature of Communicate Freely’s range extender is its Ethernet port, allowing you to physically connect your Communicate Freely TV, gaming consoles, laptop, or other devices that are in the same room as the device!

How do I install my range extender? Is it something I can do myself?

Absolutely! It’s literally as simple as pressing a button. You can easily install your range extender in two steps:

Of course, if you do have any difficulty, our technical support team is always happy to help.

What is the benefit of having multiple range extenders?

By having multiple range extenders you’re simply enlarging your existing network. Most homes don’t even require one range extender, but depending on the house’s size, layout, and construction materials, there may be cases where multiple range extenders are required to provide an ideal WiFi experience. As you move around, your router will seamlessly (and automatically) switch you to the range extender that gives you the best connection for where you are at that time. “Seamlessly” means that not only will you not have to manually switch from one WiFi access point to another, but that you won’t even notice it when it happens automatically.

Are my other electronic devices interfering with my WiFi?

A common factor that can contribute to poor WiFi performance is interference from other electronic devices. Certain non-WiFi devices — like baby monitors, Bluetooth devices, microwave ovens, and cordless phones may overlap into the same frequencies that your WiFi uses. As a result, when these devices are in use, you may notice your WiFi performance getting worse. The most common source of interference is other WiFi routers located nearby. There’s a good chance that one or more of your neighbors has a router, and it can easily operate on the same frequency as yours. In this case, the signal coming from your neighbor’s router may be interfering with the signal from your router, and the inefficiency this causes will contribute to connection and performance problems. To combat this, Communicate Freely’s routers intelligently scan the wireless spectrum, constantly evaluating which band is will be best to operate in to provide you with peak performance! If you think that wireless interference is affecting your WiFi network, contact us for technical support. We can access historical graphs & metrics showing what’s happening in the wireless bands in your home, and can manually adjust settings if need be to get your WiFi performing its absolute best.

Should I be using 5GHz or 2.4GHz to connect my devices? What is band steering?

Imagine a single lane highway that carries all the traffic both in to, and out of, a town. If it’s a fair-sized town, that road could get congested at times, and vehicles travelling on it can interfere with each other. Now imagine if that same road was widened into two lanes. Congestion would be halved, and it would be able to carry twice as much traffic. You can think of WiFi like this, with 2.4 GHz being one lane and 5 GHz being another. Each ‘lane’ has its advantages, with 2.4 GHz punching through walls and other obstacles, extending reach, and 5G Hz providing much higher speeds, or for sake of our analogy, acting as a fast lane. Your older WiFi connected devices may only operate on the 2.4 GHz band, but most newer ones can operate on both. However, in most cases, the device chooses the band. For example, your brand-new phone might stay on the 2.4 GHz band because it connected to your router while you were in your driveway, even though it may see better performance on the 5 GHz band once you’re inside. Communicate Freely’s router doesn’t leave this choice up to your device. Our system monitors wireless metrics, and will steer your devices to the wireless band that will provide the best performance at that time, so that you don’t have to worry about changing it manually.

I’m concerned about WiFi security. How will your system ensure my home is protected?

Security is an important consideration when setting up a WiFi network. As expected, our routers use all of the latest security authentication standards. When we first set up your network, we will work with you to choose a secure WiFi password. Beyond this, the next consideration should be the ongoing health of the hardware. While your typical store-bought routers may be secure and up-to-date when they are first installed, almost nobody takes the time to check with the manufacturer for new firmware as it’s released over time, and often these updates include critical security patches that, if left unapplied, leave gaping holes that can be nefariously exploited. Communicate Freely’s Managed Home WiFi system will always apply these updates & patches the moment they become available, keeping your family’s network secure, and giving you one less thing to worry about!

At Communicate Freely, we believe in providing the very best service our industry has to offer.
Whether that’s helping your family troubleshoot Internet issues, or providing the hardware
you need for full Wi-Fi coverage across your home, we won’t let you down.